Sleep apnea and TMJ treatments in Ottawa, ON 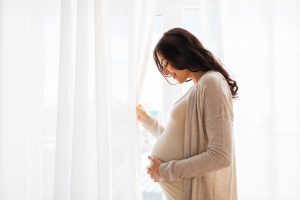 The Lasting Consequences for You and Your Baby

Moms-to-be typically have a maternal instinct to do what’s best for their health and that of their unborn baby. Avoiding alcohol, hot tubs, and uncooked meats is usually at the top of the list. One area that’s often overlooked is changes in your breathing patterns while you sleep.

Sleep apnea is a dangerous health condition that can affect you at any time in your life, even during pregnancy. Unfortunately, the consequences of untreated sleep apnea can have a major impact on you and your baby.

Are you snoring more often or louder than normal? Are you experiencing pauses in your breathing while you sleep? These are common symptoms of sleep apnea. Explore our guide to the connection between pregnancy and sleep apnea, and see how we can help put your worries to rest.

How Sleep Apnea Affects You During Pregnancy

The type of sleep apnea that typically occurs as a result of pregnancy is called obstructive sleep apnea, also called OSA. OSA occurs when a blockage in your upper respiratory tract temporarily stops the flow of air during sleep. This is especially harmful to your baby because they depend on you for oxygen.

Interrupted breathing during sleep is referred to as an event. Sleep apnea events occur for at least ten seconds and happen several times throughout the night. Repeated loss of oxygen during sleep is associated with a variety of consequences that can be life-threatening.

Complications of Sleep Apnea During Pregnancy

When an expecting mother suffers from sleep apnea, there are health consequences for both her and her baby. In one study, mothers had an increased risk of developing gestational diabetes and preeclampsia – high blood pressure during pregnancy.

In another study, research shows that newborn babies born to mothers with untreated sleep apnea are more likely to experience the following complications:

As the fetus develops, your body goes through several changes to support your baby’s health. The following factors can increase your chances of sleep apnea during pregnancy:

Be Aware of Sleep Apnea Symptoms

It’s important to note that your sleeping partner may be the one that recognizes the signs of sleep apnea. If you notice any symptoms, contact our Ottawa office and we’ll help you find the best solution for you during your pregnancy.

The best treatment for sleep apnea depends on your unique condition. Patients with mild to moderate sleep apnea can benefit from an oral appliance, while severe cases require a CPAP machine. Once you’ve been diagnosed with sleep apnea, we can begin treatment right away.

Can sleep apnea during pregnancy cause a miscarriage?

Will sleep apnea go away after pregnancy?

According to research, patients with gestational sleep apnea that lose weight can expect to see an improvement in their condition. To be safe, you’ll want to undergo a sleep study so we can monitor your condition and ensure you’re getting the quality sleep you need.

Is it safe to undergo a sleep study while pregnant?

Sleep studies are non-invasive and won’t affect the health of your pregnancy. A sleep test measures vitals such as heart rate and oxygen saturation. An in-lab test can also examine leg and eye movements, and brainwaves. All of these tests are completed on the surface of your skin, without causing any harm to you or your baby.

Breathe Freely For a Healthy Pregnancy

Carrying a child is no small feat and it’s important to ensure you and your baby are in the best of health, so you can enjoy a smooth pregnancy and delivery. If you have sleep apnea, contact our Ottawa office to schedule a consultation with Dr. Dahan by calling (613) 454-1854. We’ll help you on your journey to a restorative night’s sleep.